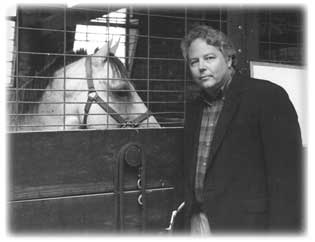 Billy Field is a screenwriter and filmmaker who wrote for the television series FAME, Trapper John, M.D. and The Lazarus Man. Field spent 14 years in Hollywood where he worked in editing, camera, lighting and sound, then went on to write for television series and feature films for major studios such as Warner Brothers, Twentieth Century Fox and Disney.

He currently lives in Tuscaloosa, Alabama and he teaches film production and screenwriting at the University of Alabama Honors College, where under his guidance, students create movies about Alabama history and Alabama biography. Over 80 films of his students’ work are prominently displayed in www.LightsCameraAlabama.com.

Field also spearheads Make A Movie.Net, a cyberstudio dedicated to teaching K-12 students and teachers how to write and produce documentary films. While initially starting with the publication of a how-to book and instructional videos such as Make a Movie that Tells a Story, Using a Home Camcorder and Other Stuff You Already Own and Make a Movie about Lewis and Clark, his teachings have evolved to workshops and seminars. He often leads filmmaking seminars in the Tuscaloosa community where Field leads the teacher-students through the entire process, starting with conceiving a story to writing a screenplay, preparing for production, shooting and editing, ending with a finished seven-minute film.