Cass Warner has the honor of being a third-generation filmmaker. Her father was writer/producer, Milton Sperling, who was involved in over 50 films and was nominated twice for an Academy Award. Her mother, Betty Warner Sheinbaum, was an accomplished artist and political activist. Her grandfather, Harry Warner, was the original President and one of the founders of Warner Bros. studio.

Cass began her career sitting in on her father's story meetings and wandering the Warner Bros. studio lot observing the magic of movie making. After studying acting with the acclaimed director, Milton Katselas; learning screenwriting under the mentorship of her father, Milton Sperling, and Howard Koch (the writer of CASABLANCA); and being greatly inspired by researching and writing a book on the Warner brothers' story – "The Brothers Warner," she formed her production company Warner Sisters.

She continues to evolve Warner Sisters into a creative umbrella company that is continuing to develop film and TV projects, as well as producing an extensive family website that will expand on her family's history. She has formed a non-profit called "The Dream Factory” which houses exclusive interviews with people like Matthew McConaughey; her son Cole Hauser; and Chick Corea, and others who are passionate about what they’re doing which is part of "The Inspirational Library.”

In 1993, after years of research, Cass’ personal story of her family saga was published in a book entitled “Hollywood Be Thy Name–The Warner Brothers Story.” She updated and added new photos to it in 2008 and changed the title to “The Brothers Warner,” which has become a non-fiction bestseller. 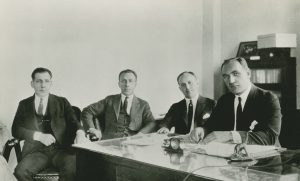 In 2008, along with the revised book, Cass completed a feature documentary, THE BROTHERS WARNER, a project that she directed, wrote, produced and narrated. The film is an intimate portrait of the family and a tribute to their legacy. The PBS American Masters series aired the hour-long version for two years. The film has won numerous awards, including the prestigious HBO Films Producer Award for Cass, and she was on the Emmy Directors’ nomination list in 2009. Her interviews in the film included Dennis Hopper; Samuel Goldwyn Jr.; Debbie Reynolds; Haskell Wexler; Frank Pierson (Oscar winning screenwriter); Norman Lear; Roy Disney Jr.; Sherry Lansing, the former Chairman and CEO of Paramount Motion Picture Group; Mike Medavoy (former President, Orion Pictures and Tri-Star Pictures and current CEO of Phoenix Pictures); and others. www.thebrotherswarner.com

Cass is proud to have on her Warner Sisters' slate the works of Howard Koch (writer of the the Oscar winning film CASABLANCA), and most of his unproduced screenplays, plays, short stories and novels to develop into a library, as well as other writers’ original screenplays and television projects that are in development.

Having an office and working on the Warner Bros. studio lot was a dream come true for Cass.  For several years, she worked on creating an exhibit about her family’s history, and had great fun working with Warner Bros. Studio Tour Hollywood by sharing stories and answering questions over lunch in the fine dining room with The Deluxe Tour visitors. https://www.wbstudiotour.com/studio-tour

As a presenter and speaker, Cass enjoys revisiting and sharing family history, anecdotes, and wisdoms. Cass' past speaking engagements. 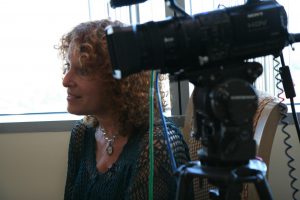 Cass has also done the several media appearances over the years including “Good Morning, America” as well as “The Joan Rivers Show.”  She had the honor of receiving the brothers’ induction into the California Hall of Fame award from the Governor of California. (Inductees are presented with Spirit of California medal by the Governor, and their accomplishments are made permanent record in the California State Archives.)

On a personal note, Cass is the proud mother of four. One of her sons is an accomplished actor, Cole Hauser, who has been in over 30 films and many TV series (IMDB). Currently, he plays the role of Rip on the hit TV show "Yellowstone.”  He was nominated for “Best Supporting Actor” by The Independent Spirit Awards, and won “The Young Hollywood Award” for “The Best Breakthrough Performance.” Her daughter, Vanessa Mooney, is a talented and acknowledged jewelry and clothing designer. www.vanessamooney.com. Her daughter, Tao, works with her entrepreneurial husband, Dylan Gaines, in his businesses; and her son, Jesse Pool, makes her proud from his computer and advertising talents. Being part of her four grandchildren’s lives and seeing them come into their own is also a huge joy in her life.

As the founder and president of Warner Sisters, I wholeheartedly believe that the moving image in the form of films, television, video and other media is an incredibly powerful communication tool. It can be equated to today's tribal drum carrying emotional, intellectual and philosophical messages, which are hummed almost unknowingly or subliminally as the result of taking in this form of entertainment.

Inspiring other artists and people in business to increase understanding amongst their fellow man is a strong purpose I have for myself and Warner Sisters.

As a woman, a mother and grandmother, I’m aware of playing a tremendous role in creating tomorrow’s reality. Being creators and nurturers of new life and the future generation, I believe we can reflect this quality in our creative lives and in our work.

As an independent producer who honors writers as the origin and source of a story, I have a tremendous respect and obligation to help keep the integrity of the story intact all the way through to the very end—the final communication that arrives on the screen. This is why I’m an independent producer and love to work with other artists, pioneers and dreamers.

The question is often asked, “Does Hollywood have an ethical responsibility?” In the great filmmaker Frank Capra’s own words: “We have it within our power to speak to hundreds of millions of people two hours at a time in the dark. No single person before has ever had that power, no emperor, saint, no individual however powerful. We have a tremendous responsibility.”

My family understood this. They were aware of the numbers of people they reached and the power of this medium. They knew they were setting trends, influencing and introducing viewpoints and instrumental in creating the future culture.

Personally, I welcome this responsibility and the ability to make a difference. We as creative minds can and do awaken and enrich awareness in others. Like my grandfather, I CARE!

Most sincerely cheering you on in your creative endeavors!